Posted by Charles Turner at 9:15 AM No comments:

Ideology of Death: Patriotism Sold by the 1% and Borne by the Rest of Us

BY TEODROSE FIKRE ON APRIL 15, 2018
You have to give it to them, the super rich are uber brilliant. On second thought, brilliance implies some sort of virtue that others should emulate. The 1% are actually wickedly cunning. If the devil works magic through duplicity and lies, he taught his minions on earth very well. For the oligarchy have managed throughout history to dupe the ever obsequious public to bow before them while they accumulate treasures by spreading pestilence throughout the world. Nowhere is this paradigm more evident than the issues of war and bloodshed.
Major General Smedley Darlington Butler, who was the most highly decorated leatherneck in the history of the Marines at the time of his death, noted that wars are rackets fought to enhance the fortunes of corporations and plutocrats. Neocon and neoliberal chicken hawks, whose closest encounters with war are the high definition graphics of drones and missiles they see while promoting genocides in their air conditioned TV studios, would have called Major General Butler a traitor to his country. Capital swindlers react violently to anyone who dares speak truths that threaten to expose their hustle.
Their hustle is pretty slick; plutocrats, politicians and media personalities—all working for their corporate masters and plutocrat benefactors—keep convincing the poor, working and middle class to fight wars while they count their opulence. With each bomb that explodes, every limb shredded off and each life that is snuffed out, the cause for peace and justice takes leaps and bounds backwards. However, these same bloodbaths are boons for moneyed interests; there is nothing that is more pleasing to Wall Street and the gentry than breaking news of death and carnage.
Lest you think what I write is hyperbole, just think back to September 11th, 2001. While most Americans were in shock and mourning, traders on Wall Street and traitors to humanity were licking their chops to make a killing from the killing of innocent lives. Not only were institutional holders trying to figure out how to profit from America’s mass causality, there were some who were betting on an incoming terror before the Twin Towers were reduced to rubble. In the days before 9/11, there was an abnormal spike in put options against airline companies. Put options are bets that are made in anticipation of sudden downturns which yield tremendous profits in the event of a market retrenchment. A report by the San Francisco Chronicle noted:

“There was an unusually large jump in purchases of put options on the stocks of UAL Corp. and AMR Corp. in the three business days before the attack on major options exchanges in the United States. On one day, UAL put option purchases were 25 times greater than the year-to-date average. In the month before the attacks, short sales jumped by 40 percent for UAL and 20 percent for American.”

“Never think that war, no matter how necessary, nor how justified, is not a crime.” ~ Ernest Hemingway

Posted by Charles Turner at 4:41 PM No comments:

“The rich rob the poor, and the poor rob one another.” ~ Sojourner Truth

Posted by Charles Turner at 2:55 PM No comments:

paradox of a superb military that never gets the job done

Posted by Charles Turner at 9:50 AM No comments:

attempts at regime change in Iran are doomed to failure

By choosing Mike Pompeo as his new Secretary of State and John Bolton as National Security Adviser, US PresidentDonald Trump has formed a hawkish anti-Iran team, indicating that he is planning to bypass diplomacy, scrap the Iran nuclear deal and possibly resort to regime change or military action.
Trump's anti-Iran team is backed by its regional allies. He held meetings at the White House with Israeli Prime MinisterBenjamin Netanyahu on March 5 and Saudi Crown Prince Mohammed bin Salman on March 20 to seal the cooperation. Additionally, on March 23, American, Saudi and UAE national security advisers got together in the White House to discuss how "to counter the Iranian regime's malign influence and provocative behaviour".
President Trump may have his teams in place, but it still won't be easy for him to take decisive action on Iran. Trump is expected to scrap the nuclear deal in May as a first step, however, even this won't be an easy decision for him to make. In the same month, he is planning to hold a crucial first meeting with North Korean leader Kim Jong-un, who would likely be disinclined to trust a president who has just opted out of an international accord.
He may decide to face all possible repercussions and scrap the deal anyway, but then he would be left with an even harder question: what to do with Iran after breaking the deal? His most likely option would be to try and create some form of chaos to destabilise Iran and push the Iranian establishment out of its comfort zone so the US can dictate terms and get the upper hand.This could be through sending logistic and financial support to the opposition inside Iran, funding proxy "terror" attacks, meddling in elections or supporting internal protests and demonstrations.
Even though there is widespread anger in the country about lack of economic progress; the leaderless and unorganised opposition forces in Iran are unlikely to knowingly cooperate with the US to topple the Iranian establishment. They know that any such move would be brutally dealt with by Iran's security forces. Also, the memory of the 1953 coup instigated by the US is still fresh in Iranians' minds so it is unlikely that the opposition would support another US-backed coup or regime change.
Moreover, the strongest opposition force in Iran is already in power. Moderate President Hassan Rouhani has formed an alliance with the reformist camps, and together they are pushing for creating openings within the system through the very limited means available to them. Their mode of cooperation with the West was through the Iran nuclear deal and scrapping it would be the last straw for them.
John Bolton has in the past advocated a joint attack by Israel and the US on Iran's nuclear facilities, combined with "vigorous American support for Iran's opposition, aimed at regime change in Tehran". This is a futile and dangerous solution.
Attacking Iran's nuclear installations would provoke a fierce response from Iran's Revolutionary Guard Corps (IRGC), engulfing the entire region and possibly leading to confrontation with Israel.
The idea of regime change without a viable alternative has also proved problematic in the most recent cases of Iraq and Libya. The seven-year US attempt at replacing Bashar al-Assad of Syria has also failed.
Moreover, Bolton advocates bringing to power in Iran a former "terrorist"group, Mujahedin-E Khalq Organisation (MEK), which he regards as a "viable" alternative to the Islamic Republic.
READ MORE

Bolton's belief in the MEK is ill-founded. The group with a catalogue of human rights abuses has an ideology that blends Islam and Marxism and is referred to as "a cult" by some experts. Although it claims to have adopted moderate policies since 2012 when it was removed from the US "terror" list, most Iranians continue to take a strong exception to its decision to fight in support of Saddam Hussein during the Iran-Iraq War in the 1980s.
Research at Boston College shows that the US tried to change other countries' governments 72 times during the Cold War and in 66 cases this was done by covert action. According to the data, most of these attempts failed, demonstrating that attempts at regime change "rarely work out as the intervening states expect".
Moreover, 40 percent of the states that have had foreign-imposed governments have experienced civil wars within the next 10 years.
These results prove that when a regime is dictatorial or corrupt, there are complex underlying reasons that cannot simply be resolved through "regime change".
"Americans are pushing for harder policies towards Iran, and we need to strengthen our view towards the East, especially China and Russia," Alaeddin Boroujerdi, head of Iranian parliament's National Security Commission toldISNA news agency.
President Trump's trade war with China, his unprecedented diplomatic war with Russia, combined with the hardening of his stance towards Iran can only further strengthen Iran's military and economic ties with the two eastern powers to the detriment of the West.
With Russia and Iran both isolated, they would cooperate more on covert action in areas of particular US interest such as Afghanistan and consolidate their victories in Syria. Iran would pour far more funds in support of Hezbollah, Palestinians, the Assad regime, and the Houthis in Yemen.
As of March 2018, the Trump administration has moved away from diplomacy towards increasing the deployment of special operations forces to 149 countries - up from 138 in 2016.
Trump certainly appears to have all but lost the chance to create some kind of platform for direct talks with Iran. But his options for an alternative, hawkish approach also seems to be extremely limited.
The views expressed in this article are the author's own and do not necessarily reflect Al Jazeera's editorial stance. 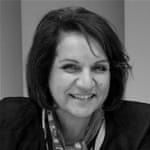 Dr Massoumeh Torfeh is a Research Associate at London School of Economics (LSE), specialising in Iran and Afghanistan.
Posted by Charles Turner at 7:46 AM No comments: